Bernard wants to collect the Kendal Mint Cake, but a monster has other ideas.

Regress to the 1980s with this light-hearted “retro” arcade game.

High in the Swiss Alps our intrepid hero Bernard (the mountain rescue dog) has happened upon a maze. Within the maze are lumps of Kendal Mint Cake. Bernard has decided to collect these in case he meets any mountaineers in need. For some unfathomable reason he insists on going only clockwise around the maze.

Around Bernard’s neck is a barrel of sarsaparilla (his favourite drink). Unbeknownst to Bernard, the maze is a trap set by nasty sarsaparilla-guzzling monsters. They will trip him up and steal his barrel if they catch him (but don’t worry, children – he’s not hurt). For some unfathomable reason they insist on going only anti-clockwise around the maze.

Please help Bernard collect all of the cake and avoid the monsters. For some unfathomable reason you do this by guiding him through the gaps in the walls of the maze as he runs round. 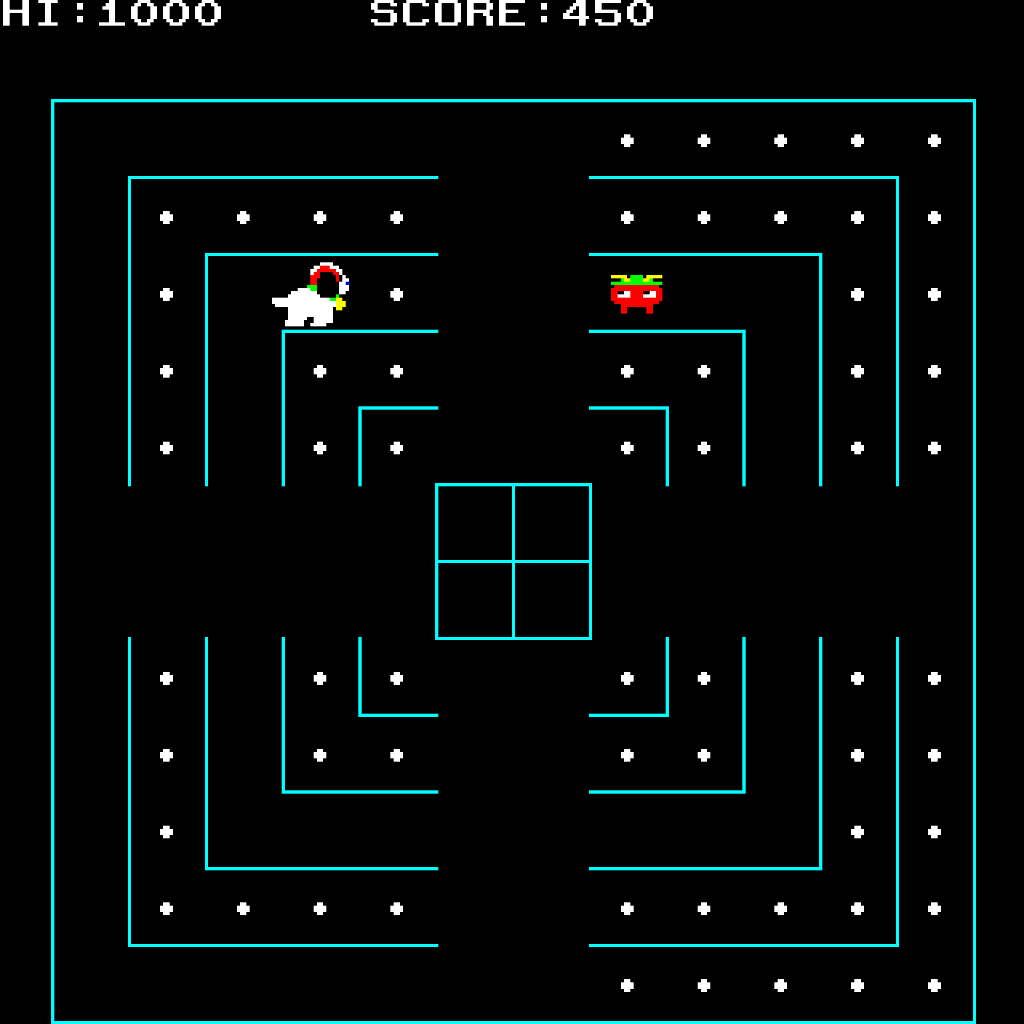