Aliens are contaminating your coffee lakes with sugar.

Regress to the 1980s with this light-hearted “retro” arcade game.

Your planet is rich in naturally occurring freshly-ground coffee lakes. Uncivilised aliens are intent on ruining this valuable resource by dropping sugar cubes into it. Perhaps they prefer tea.

It is your mission to defend one of the lakes by moving the gun turrets up and down and firing missiles at the cubes, without hitting your own turrets.

As would be expected of such aliens, they have not done a very good job of unwrapping the cubes. The bits of paper are harmless but they protect the cubes and are difficult to destroy.

If the sugar contamination reaches 100% then your entire planet will die of snobbery. 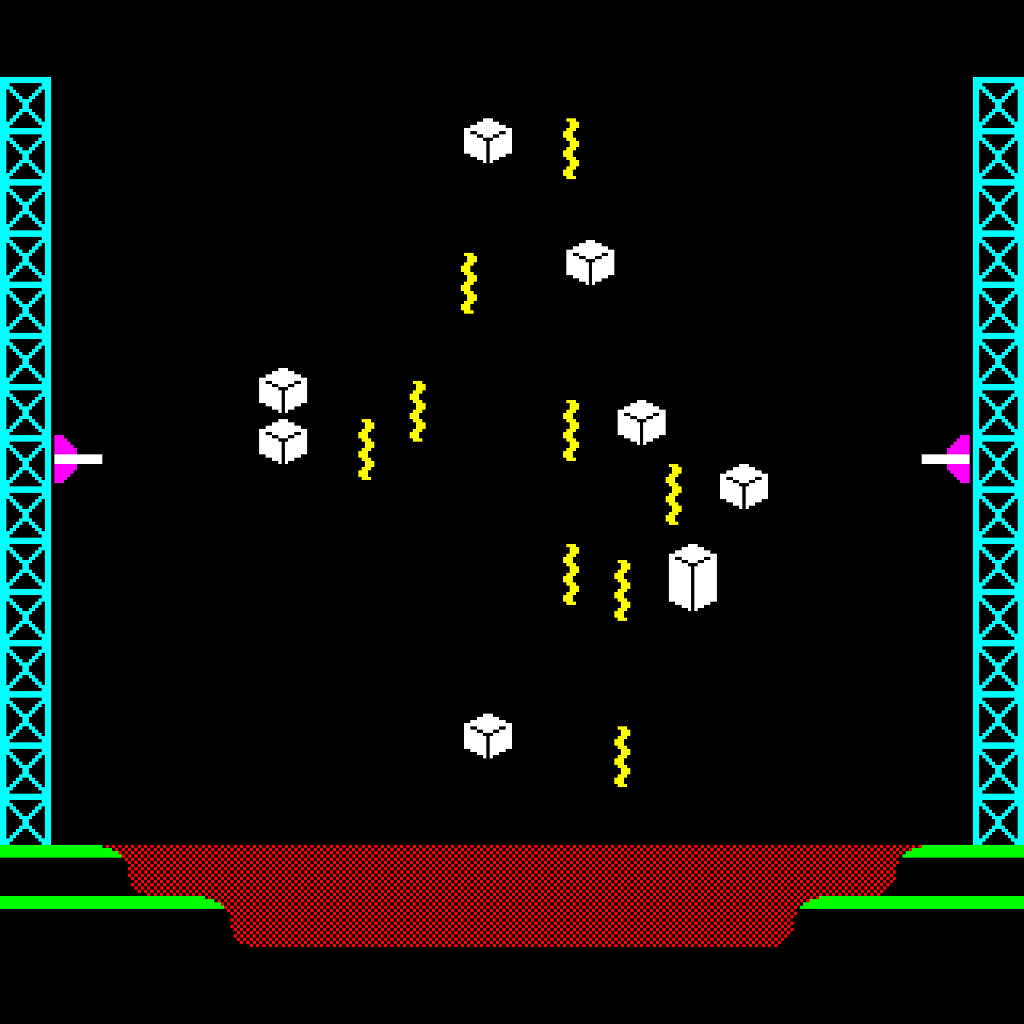